According to the latest Grapevine report published each year by Illinois State University’s Center for the Study of Education Policy, state tax support for higher education is on the rise. Data reported by the states in their latest Grapevine survey indicate that initially-approved state fiscal support for higher education in Fiscal Year (FY) 2019-2020 totaled approximately $96.6 billion, a 5% increase nationwide from FY 2018-2019.

“It really reflects the relative strength of the economy,” Grapevine Editor Jim Palmer told Quatromoney. “Two things have to happen — first, the states have to have the capacity to do it. That’s why during economic recessions if state tax revenue falls, they don’t have the capacity to increase higher ed funding. There also has to be the political will and we found both were in play.”'

This is the highest annual increase since FY 2014-2015 and continues a trend of annual increases over the past six years. The Grapevine report intends to provide a first, tentative look at state higher education funding in the new fiscal year. The FY20 data represent initial allocations and estimates that are subject to change. It’s one of the oldest continuing surveys in America’s higher education history

States at a glance

Only three states reported funding declines between FY19 and FY20.  Alaska sustained an 11.2% decrease, the result of a gubernatorial decision to substantially reduce funding to the University of Alaska system over the next three years. Hawaii and New York reported much smaller declines of 2.2% and 0.3%, respectively. Each of these states had previously met or exceeded their pre-recession (FY08) levels of state support.

Increases in five states — California, Texas, Illinois, New Jersey, and Tennessee — accounted for approximately half (49.8%) of the total national increase in state funding for higher education between FY19 and FY20. Funding increases in each of these five states ranged from $189.2 million in Tennessee to $1.06 billion in California. Together, these five states increased funding for their higher education systems by 7.3%, while the remaining 42 states collectively increased funding by 4.4%.

When there is a funding decline, higher education institutions have to account for that funding gap. Palmer, who has been editing Grapevine for the last 20 years, said often the shortage in funding can be found in increased tuition rates.

“Consumers can track trends in state funding over time and we’ve seen over the years as state funding declined, it has been made up by institution fees,” Palmer said.

He explained that higher education is a discretionary item in state budgets and that there’s no mandate that says states have to allocate funding toward it.

State Higher Education Executive Officers Association (SHEEO) Senior Policy Analyst Sophia Laderman said consumers must also keep the 5% increase in state support in its proper context. “One important thing to keep in mind is the data isn’t adjusted for inflation. In reality, [the increase] is a little bit less than that,” Laderman said. “Anytime that we talk about funding increases it’s important to put it in the bigger context of funding long term. Overall the average public institution has less state funding per student than they did in 2008. 2008 is used as a pre-recession number.”

She said though the tech boom bust in the early 2000s was a short recession, higher education funding took a dive and it never had a chance to fully recover before the Great Recession hit between December 2007 and June 2009.  “We’ve had 11 years of recovery since then, but recovery has been a lot slower,” said Laderman. “What we saw in the last year was states making an effort to recover from that loss of funding.”

Laderman leads SHEEO’s State Higher Education Finance (SHEF) project. The Grapevine report has been tracking states’ tax appropriations data since 1961 and in 2010 teamed up with SHEEO to consolidate its data collection. The SHEF report, set to be released next month, focuses on the most recently completed fiscal year and offers a more complete examination of trends in total state support for higher education, factoring in enrollment, tuition, and inflation (among other variables).

She said she hopes the push on student affordability and student loan debt is getting through to policymakers, adding that “a lot of the funding is being targeted into financial aid. There was an 8.7% increase in financial aid from 2017-2018 in state dollars.”

She explained that while there has been some criticism surrounding states with tuition-free college programs, states such as Tennessee, Oregon and New York are attempting to make college affordable. Collegevine reported that “most of these programs are essentially a scholarship that covers the gap between the total aid awarded and the total tuition.”

Natasha Zena is co-founder of GetLioness.News, the go-to news source for everything female entrepreneur.

Student Voice: 2020 is the Year to Spend Your “for Emergency” Fund

What Should You Do with Work-Study Money?

Expected Family Contribution and How it Relates Financial Aid 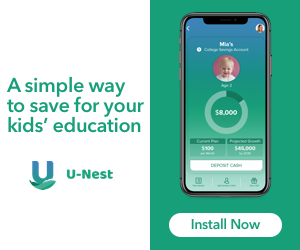